THE SILENCE OF THE BANANA TREES 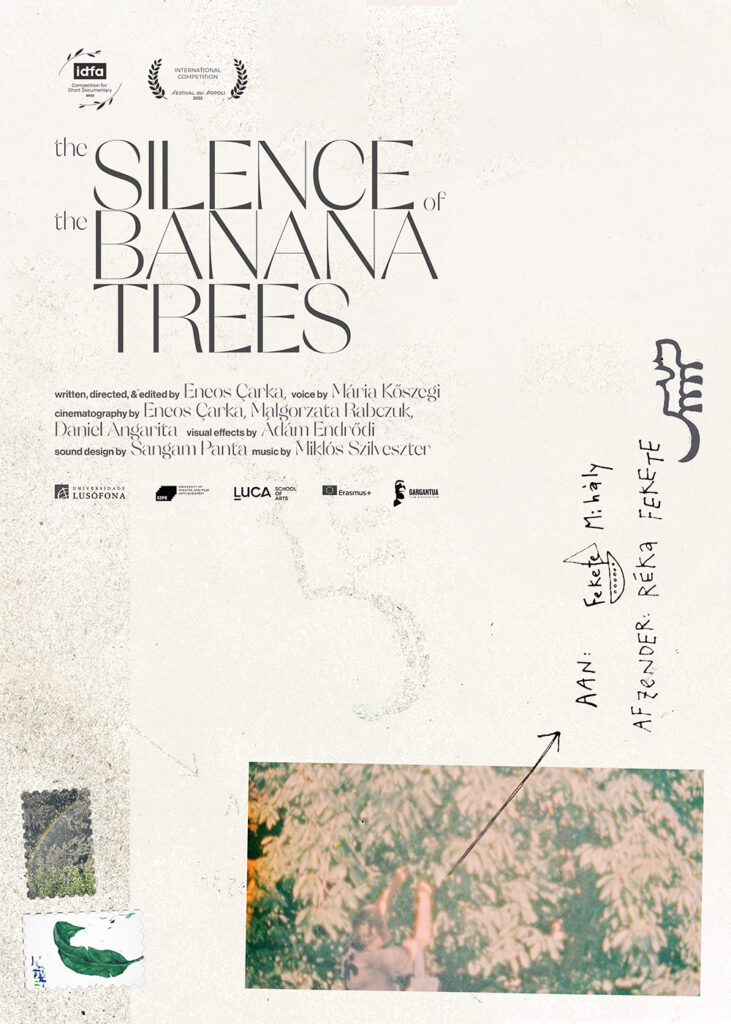 Mihály has filled his house in a leafy suburb of Budapest with art works made by his daughter Réka to whom he hasn’t spoken in years regardless of the fact that she has a soft spot in his heart. The distance is even more difficult because she suffers from a terminal illness. At his home, where he and his family grew up, he delves into a reservoir of tangible memories: vacation slides, letters, videotapes and children’s drawings. The film acts as a go-between in an attempt to unite the father and his daughter, who lives in Amsterdam. Abstract imagery and patient observations evoke a sense of transience that carries the viewer off in a maelstrom of recollections and feelings that lead to the gripping finale.

Eneos Çarka is a Los Angeles-based filmmaker. He graduated from DocNomads Masters on Creative Documentary and he is currently a PhD student and Annenberg Fellow in Cinema and Media Studies at the University of Southern California. His films have screened at numerous festivals, galleries, and cultural events such as IDFA, Festival dei Popoli, Rencontres Internationales Paris/Berlin in Musée du Louvre, DokuFest, among many others. They often focus on character studies and deal with memory, identity, and family relations, paying particular attention to issues of representation and experimenting with various approaches to cinema.