Sergio Cortesi dedicated his life to solar observation.
At the “Specola solare” in Locarno, between 1957 and 2021, he made over 15.000 sunspots drawings, driven by the faith of a monk to whom his own god never gave an answer. 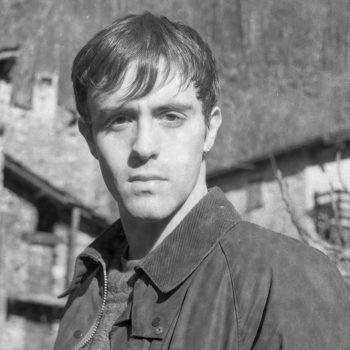 Davide Palella (born in Italy in 1996) graduated in Media Design and Multimedia Arts at NABA (Milan) in 2019. In the same year, after a series of shorts and academic works, he directed his first medium length film, Sirio, which screened at festivals like Filmmaker (Milan), Slow Film Festival (Mayfield) and Fuorinorma (Rome). In April 2021, he took part in the In Progress development workshop, mentored by Michelangelo Frammartino. In October of that year, he received a development grant for his new project, Shura. Sonnenstube, his latest short film, was realized during the 2022 Locarno Spring Academy. He’s an editor for Filmidee magazine.