GARGANTUA FILM DISTRIBUTION is a distribution and sales agency founded in 2019 by Il Varco, focused on the promotion of auteur short films that are able to remain impressive over time.

We believe in a kind of cinema that has the ability to reflect the gaze and soul of its author and, at the same time, power and universal due to its ability to remain imprinted in the minds of the public and give them a layered and uplifting viewing experience.

For this reason, we have built our distribution around the enhancement of paths and long-term relationships that we establish with our authors, with the aim of being able to create a bridge between film talents and international festivals.

The choice of a Moai monolith as our symbol and our motto SHORTS THAT STAY. exactly our desire to give our short films the possibility of remaining impressions in the cinematographic panorama and in the career of the directors who directed them.

Every year we select a limited number of films, with the aim of working in a personalized way on each of them, for close collaboration with our producers and directors, essential for sharing experiences and opinions in order to achieve the goals of pre-established distribution.

In 2022 Gargantua sees a change of artistic direction, with his first artistic director and founder Antonio La Camera leaving the project to devote himself to his personal career and the producer Andrea Gatopoulos taking his place.

If a short film enters the Gargantua family it is because we really believe in its potential and this will be the main reason that will push us in wanting to make it go as far as possible. 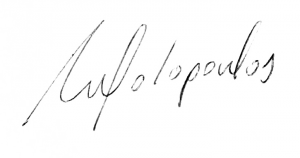